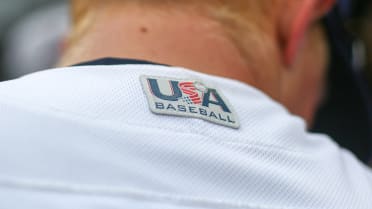 Since 1978, USA Baseball has been the national governing body for amateur baseball. It represents the sport in the United States as a member of the U.S. Olympic & Paralympic Committee (USOPC) and internationally as a member federation of the World Baseball Softball Confederation (WBSC). Nearly every major national amateur baseball organization in America is united as a USA Baseball national member organization. As a result, USA Baseball governs more than 15.6 million amateur players in ballparks and playgrounds across the country. As the commissioner's office for amateur baseball, USA Baseball is a resource center for its various membership groups, fans and players. USA Baseball is also responsible for promoting and developing the game of baseball on the grassroots level, both nationally and internationally.

END_OF_DOCUMENT_TOKEN_TO_BE_REPLACED

USA Baseball is passionate about raising awareness of the Safe Sport initiative and providing our athletes unparalleled development and competitive opportunity in a safe environment.

The U.S. Center for SafeSport is a 501(c)(3) non-profit focused on preventing physical, emotional and sexual abuse in sport. The Center, initially chartered by the U.S. Olympic & Paralympic Committee, is an independent organization with a nine-member board of directors, including subject-matter experts in abuse prevention, child abuse and sexual assault investigation, ethics compliance and sport administration.

Additionally, in late 2018, USA Baseball launched BASE (Baseball Athlete Safety Education) as its zero-tolerance campaign for any type of abuse within the sport of baseball.  Over the course of the last few years, we have seen abuse of minor athletes within the U.S. Olympic family come to the forefront.  Too many athletes went unprotected from predators within their sport, which led to the creation of Senate Bill 534.  Through SB534 and the governance of the U.S. Center for SafeSport, there are many policies now in place to ensure minor athlete well-being is at the forefront of every sport.

Since 1999, USA Baseball has been selecting teams of professional-level Minor and Major League players to represent the United States in various international competitions, including the World Baseball Classic.

Among the first teams of professional players that USA Baseball fielded was the 2000 U.S. Olympic Baseball Team, managed by Tommy Lasorda at the Sydney 2000 Olympic Games. Led by Ben Sheets, the team of Minor League players defeated Cuba for the gold medal. In 2008, a Davey Johnson-led U.S. team featuring Dexter Fowler, Matt LaPorta, and Stephen Strasburg took home the bronze medal from the Beijing Games. Baseball was revived for the Tokyo 2020 Olympic Games, but the event was postponed to 2021 due to the global COVID-19 pandemic. With Mike Scioscia at the helm, the 2021 Olympic Team represented by a mixture of MLB veterans of minor-league prospects secured the silver medal. Eddy Alvarez, Tyler Austin, Triston Casas, and Anthony Gose were named to the All-Olympic Team.

For the inaugural 2006 World Baseball Classic, USA Baseball selected its first team comprised of Major League baseball players. The team featured such stars as Chase Utley, Derek Jeter, and Chipper Jones. In the second installment of the WBC in 2009, with players like Dustin Pedroia, Jimmy Rollins, and Jeter donning the red, white, and blue, the U.S. team finished fourth, losing to Japan in the semifinals.

Most recently, the 2017 World Baseball Classic Team was managed by Jim Leyland and led by the likes of Brandon Crawford, Marcus Stroman and Christian Yelich. Team USA won its first-ever gold medal in the WBC in 2017, defeating Puerto Rico 8-0 in the final.

The USA Baseball Collegiate National Team is comprised of the top non-draft-eligible collegiate baseball players in the country. The team competes each summer in friendship series domestically and internationally against the world's top baseball talent. As part of this schedule, the U.S. squares off in international friendship series against Chinese Taipei, Cuba and Japan.

The Collegiate National Team program has witnessed great success in recent years. In 2016, the red, white, and blue secured its first-ever series victory over Cuba on its home soil. Additionally, Team USA swept all three of its international friendship series against Chinese Taipei, Cuba and Japan in both 2017 and 2018.

The Collegiate National Team returned in 2021 featuring two 24-man rosters, the Stars and Stripes, to play 11 intrasquad games. The team would conclude its summer with an exhibition series against the U.S. Olympic Team to prepare their fellow countrymen for Tokyo.

In 2022, the Collegiate National Team returns to Honkbalweek Haarlem from July 8-15 at Pim Mulier Stadium in Haarlem, Netherlands, where the U.S. will compete for the first time since 2014. The summer tour includes a five-game intrasquad Stars vs. Stripes series in North Carolina from June 30-July 4 in Cary, Durham, and Charlotte.

Comprised of the nation's top players ages 16 to 18, the USA Baseball 18U National Team is a perennial power on the international baseball scene. The team competes in two major events in bi-yearly cycles -- the WBSC U-18 Americas Qualifier and the WSBC U-18 Baseball World Cup.

In 2019, Major League Baseball and USA Baseball launched the MLB Prospect Development Pipeline (PDP) League, identifying the top draft prospects each year. USA Baseball has adopted the PDP League as its primary identification program for the 18U National Team.

In 2018, USA Baseball launched the 16U National Team Development Program (NTDP) to accompany the 17U NTDP that was created in 2012. The NTDP serves as an educational and training program for the top talent in the age group from across the country. Players take part in skill-development sessions, listen to various guest speakers, and compete in intrasquad games. The goal of the NTDP is to better develop these players and prepare them for future national team opportunities.

Outstanding coaches are also a hallmark of the NTDP, as legends in the sport, like three-time ACC Baseball Coach of the Year Jack Leggett, have participated and brought their knowledge of the game to USA Baseball through this event. USA Baseball has also used the NTDP to identify up-and-coming coaches, with several former NTDP coaches going on the assist or manage future national teams.

The USA Baseball 15U National Team is comprised of the top baseball players in the country ages 13 through 15 as identified by the USA Baseball Task Force. The team convenes each summer to play an international championship, alternating between the WBSC U-15 Baseball World Cup and the WBSC U-15 Americas Qualifier.

The 15U National Team was created in 2012 and the inaugural team, which included future pros Nico Hoerner, Nick Madrigal, and Kyle Tucker, played four games in the Dominican Republic against the Dominican and Puerto Rican National Teams. Team USA went 4-0 abroad, outscoring its opponents, 31-3.

The first 15U international tournament came in 2013 and with it came Team USA's first 15U gold medal. The team traveled to Barranquilla, Colombia, for the COPABE 'AA'/15U Pan Am Championships, now known as the WBSC U-15 Baseball World Cup Americas Qualifier, and defeated Cuba 6-1 in the championship game, finishing the event with a perfect 8-0 record.

After taking home the silver medal in 2014 and the bronze in 2016, the 15U National Team became World Cup Champions for the first time in its history in 2018. The 2018 squad traveled to David, Panama, and won eight of their nine games by a combined score of 88-13. The tournament culminated in a 7-1 victory over host team Panama in the gold medal game.

In all, the 15U National Team has won five gold medals, one silver, and one bronze in their seven years of international tournament play and have a combined record of 59-7 against international opponents.

Players are selected for the 15U National Team through a two-phase trial. Phase One features 72 players invited from USA Baseball identification events. These events include the 13U/14U Athlete Development Program (ADP), 13U/14U National Team Identification Series (NTIS), and the National Team Championships. Thirty-four of those athletes are then invited to Phase Two before 20 players are named to the final roster.

The 13U Athlete Development Program (ADP) launched in 2019 before adding the 14U age group to the program in 2020. Members of the 13/14U ADP will be identified through the National Team Identification Series as well as the National Team Championships in Arizona and North Carolina. The players will take part in skill-development sessions, listen to various guest speakers and compete in intrasquad games. The 13/14U ADP serves as a tool for USA Baseball to prepare its players for future competition at the national team level.

Participating athletes will be provided with an individual player assessment report by the coaching staff following the four-day event and be evaluated for the opportunity to be invited to the 15U National Team Trials.

USA Baseball welcomes staff from the high school, college, and professional levels to work these development programs. Clemson University head coach Erik Bakich along with University of Texas assistant coach and former Major League Baseball player, Troy Tulowitzki, return to the ADP for the second consecutive year in 2022 after serving as intrasquad managers in 2021. Mississippi State University pitching coach Scott Foxhall will also join the staff in 2022 as the pitching coordinator.

USA Baseball launched its 12U National Team program in 2013. That year, the team traveled to Taipei City, Taiwan, and came home with its first International Baseball Federation (IBAF) World Cup gold medal. After lengthy pool play, the 12U National Team defeated the host, Chinese Taipei, in the World Cup final, 8-1. The game was attended by over 10,000 home fans and was broadcast throughout parts of Asia and online.

In 2022, the 12U National Team will be comprised of some of the best young talent in the country selected from the 2021 National Team Identification Series (NTIS) and the 2022 USA Baseball 11U Futures Invitational as it looks to win gold at the WBSC U-12 Baseball World Cup in Tainan, Taiwan.

The USA Baseball Women's National Team was established in 2004, when an 18-player team was chosen following open tryouts across the nation. The team went on to capture the gold medal in the first-ever International Baseball Federation (IBAF) Women's World Cup in Edmonton, Canada. Team USA repeated as world champions in 2006 in Taiwan before taking home the bronze medal at the 2008 and 2010 IBAF Women's World Cup.

Most recently, the Women's National Team claimed its first gold medal since 2015 at the 2019 COPABE Women's Pan-American Championships. The team went undefeated en route to the championship, outscoring opponents 124-20 while holding a cumulative .500 batting average and hitting 11 home runs. The dominating performance earned the Women's National Team the 2019 USA Baseball Team of the Year Award.

Following her managerial debut with the 2019 Women's National Team, Veronica Alvarez became the first female to be named the Rod Dedeaux Coach of the Year, while two-time Team USA alum Alex Hugo was named the Sportswoman of the Year after earning MVP honors at the Pan-American Championships and leading Team USA in six offensive categories.

When not competing in the World Cup, the Women's National Team hosts a Women's National Team Development Program. It also helps to lead youth clinics and works to grow the game of baseball among women in the U.S. in part through Major League Baseball and USA Baseball's joint girls’ baseball development opportunities, created to foster the next generation of female baseball players in the United States, including the Girls Breakthrough Series and Development Camp, the MLB GRIT Invitational and the Trailblazer Series.

USA Baseball will kick off its 2022 on-field programming with the third Women's National Open, slated to be held July 18-20 at Neiman Sports Complex in St. Paul, Minnesota. Players will participate in a series of skill sessions and games in effort to be selected as one of the 40 athletes chosen to attend the Women's National Team Trials, which are to be held July 21-24. The final 20-player Women's National Team will be selected from Trials to compete in a five-game Women’s Baseball Friendship Series with Baseball Canada, set to take place from July 28-August 1 in Thunder Bay, Ontario.