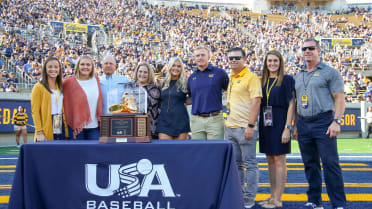 Since 1978, USA Baseball has honored the top amateur baseball player in the country with the Golden Spikes Award. The award is sponsored by Major League Baseball. It is presented each year to the player who best exhibits exceptional on-field ability and exemplary sportsmanship.