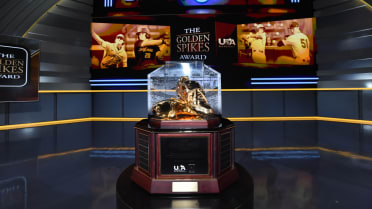 The midseason watch list features 45 of the nation's top amateur players from the high school and college ranks and includes 34 athletes who have played their way onto the watch list since the preseason list was announced on February 18. The Golden Spikes Award Advisory Board will continue to maintain a rolling list of athletes, allowing players to play themselves into consideration for the award before announcing the semifinalists on June 8. Read more here.